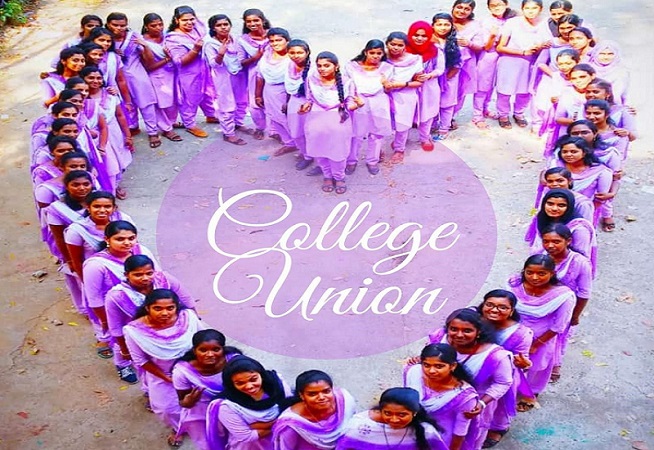 Objective: The objective of the Union shall be (a) to train the students of the college in the duties, responsibilities and rights of citizenship (b) to promote opportunities for the development of character, leadership efficiency, knowledge and spirit of service among students. (c) to organise debates, seminars, work squads and such other functions and (d) to encourage sports, arts and other cultural, educational and recreational activities that are incidental and conducive to the above objects.

Membership: All the students enrolled in the college shall be members of the union. They shall have the right to vote and contest in all elections to the college union.

Term: The tenure of office of the College Union shall be one academic year, i.e., from Ist June to 31st May.

Funds: The college shall constitute a College Union Fund. It shall collect the prescribed fees from the students towards Union activities along with the first instalment of tuition fees at the beginning of each academic year and shall credit the same to the College Union Fund.

Executive Committee: The College Union shall have an executive committee consisting of the Chairman, the Vice-Chairman, the General Secretary, Councillors of the University Union, the Editor of the College Magazine, the Arts Club Secretary and the Secretary of Sports. One member representing the students of each year of the Degree and Post-graduate Course is elected by the students of the respective years from among themselves.

Election: The election of the College union shall be conducted in accordance with the provision contained in the rules of elections given as annexure. If any of the elected office bearers of the College Union other than the Councillors to the University Union, fails to execute her duties as a member of the executive committee, another student shall be nominated by the Principal on the recommendation of the executive committee to act in her place.